Government Efficiency and
Accountability Review Board

The Facts: About 76% of former prisoners are rearrested for a serious offense within three years of release from a Delaware secure facility.2 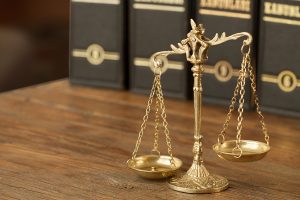 The overall Level V prison population has been decreasing since 2013.1 Still, about 76% of former prisoners are rearrested for a serious offense within three years of release from a Delaware secure facility.2 African Americans represent 22% of the state’s general population, 42% of arrestees, 42% of criminal dispositions, 51% of incarceration, and 57% of Delaware’s incarcerated population.3

At times, we have tried to incarcerate ourselves to safety, a tactic that was costly and deepened some of the long-term factors driving crime rates. As the costs of prisons have grown, we have sometimes found ourselves in the perverse position of only being able to afford education, treatment and job training to those incarcerated, because the cost of the overall system limits our ability to fund community-based approaches that might be more cost-effective and do less harm to the families of defendants. Due to cost pressures, decisions involving millions of dollars are often made with less than ideal information, as we do not have the information systems and analytical staff that would help make better decisions.

To make positive reforms, it is essential that the system—police, corrections, youth rehabilitation, treatment and vocational providers, prosecutors, defense counsel, judges, and the information professionals who are vital to everyone—come together to make decisions.

This is an opportunity to resolve long-standing issues and inefficiencies by being more collaborative. Projects should primarily focus on areas that would improve multiple agencies and find savings and/or efficiencies in the system. There is potential for many additional projects once the committee gets together and shares ideas, but some initial thoughts might include the following:

Give Offenders a Better Chance to Succeed

The Means to Make Progress

We've told you about us, we want to hear from you. Share your ideas and comments with us.